Duke Neurology Research Round Up, January 2020 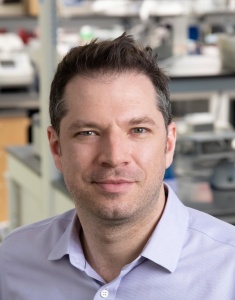 Even as our understanding of how factors like genetics, metabolomics, and the environment contribute to Parkinson’s disease has rapidly advanced over the past 20 years, there are still no disease-modifying therapies for Parkinson’s or almost any other neurodegenerative disease. The Duke Center for Neurodegeneration and Neurotherapeutics’ Andrew West, PhD, is working to change that. For our first “Profiles in Brain Sciences” interview of 2020, West talks to us about his multidisciplinary in this area and why he’s hopeful that we’ll see treatments for at least some forms of the condition over the next few years. He also talks about how targeting different therapies toward specific populations with Parkinson’s is more likely to be effective than a unified “magic bullet” approach.

How are you and your lab working to better understand Parkinson’s disease? What projects in this area are you working on at the moment?
We work to translate discoveries made in human genetic studies into meaningful therapies that slow or halt the progression of Parkinson’s disease. We work with a combination of model systems and biospecimens from the clinic to help guide our understanding of how Parkinson’s disease changes over time, how it varies from person to person, and who might best benefit from precision therapeutic approaches. Our recent efforts focus on understanding and translating therapies directed towards the most common genetic causes of Parkinson’s disease, mutations in a gene called LRRK2 (we pronounce it LARK-two). We are developing model systems surrounding LRRK2 which has effects both in inflammation pathways and in neurons susceptible to disease, evaluating new therapies in these models that will go into clinical trial, and biomarkers to help guide clinical efforts.

How will this research lead to better treatments or quality of life for patients living with these conditions?
There is yet no known therapy that slows or halts the progression of Parkinson’s disease. Any advance towards our goal of disease modification will be groundbreaking for the millions affected by Parkinson’s disease and related disorders. In many ways, we think Parkinson’s disease is less complex than other neurological conditions, so we expect development of therapies to combat Parkinson’s disease may help serve as a template to pursue therapies for other complex diseases.

In addition to the Duke Center for Neurodegeneration and Neurotherapeutics, your work also spans the Departments of Neurobiology and Pharmacology & Cancer Biology. How do each of these fields inform and contribute to your work?
Engaging complex disease requires complex approaches, and a multi-disciplinary approach helps address bottlenecks and gaps that otherwise would slow down or inhibit progress. We keep a close watch on what is happening in cancer biology, both in understanding the complexities of heterogeneous disease in diverse clinical populations and the dangers of over-simplification of model systems in guiding experimental direction. One of the dramatic positive lessons we are trying to import in Parkinson’s disease is the successful utilization of biomarkers in patient stratifies in cancer that can be the difference between a failed or successful clinical trial. Likewise, we try to use the best pharmacological agents and approaches we can, with the expertise here in the Department helping us optimize experiments. The neurobiology happening here at Duke in Parkinson’s disease focuses on the neuronal systems affected and outcomes that provide insight into both health and disease.

What do you see as the biggest change in how we understand Parkinson’s and neurodegeneration since you earned your doctorate?
We understand Parkinson’s as a disorder that ultimately affects most of the brain, with a diversity of possible disease origins from the gut to the olfactory system. The genes linked to heritable aspects of late-onset (typical) Parkinson’s disease appear to be coalescing around dysfunction of the endolysosomal system which can be complicated to probe and understand in model systems and can change with age in different cell types. Certainly the evidence is now overwhelming that the ‘beating heart’ of Parkinson’s disease, for most patients, appears to revolve around changes of a protein called alpha-synuclein, with LRRK2 and other genes like GBAI modifying how alpha-synuclein interacts in disease. Our models have improved as well as general scientific rigor around testing hypotheses, so we think the conditions are right for the first wave of disease-modifying therapies to be found in the next few years.

What important or exciting change(s) in this field do you see coming over the next decade?
I think the next ten years will herald the arrival of therapies that are developed initially for genetically-defined segments of Parkinson’s disease that will spill over into typical late-onset Parkinson’s disease guided by precision biomarker approaches. It is clear, at least to me, there will be no one magic pill or bullet that will help everyone with disease. Treatments, effective initially in tightly defined disease populations, will need to be combined into temporally defined in disease with patients biochemically categorized to predict therapeutic benefit in diverse populations of disease. Complex diseases require complex therapies, and right now Parkinson’s disease is a blank slate. I believe this will change soon.

What passions or hobbies do you have outside of the Department?
Inspired by shows on HGTV, DIY channel and the like, I am known to gut kitchens, bathrooms, and other rooms down to their studs and build them back up again. I enjoy learning about the latest developments in plumbing, electrical, and other systems that I can work with. I am probably most relaxed browsing the aisles of big-box hardware stores on the weekend. Perhaps it is nice to see the immediate fruits of projects that are vastly less complex and time consuming than those we do in the lab! I am very fortunate to have a loving (and patient) family with two girls in elementary school and my wife who is involved with clinical genetics. Since moving to Duke, we have acquired a small herd of fainting goats that provide entertainment, and I have ambitions for sheep and chickens soon!

Above, Andrew and Kristen West enjoy the Grand Canyon, while below, Georgia West grabs her father’s glasses.