Duke Neurology Research Round Up, January 2019 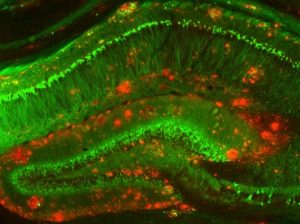 January’s research from the Duke Department of Neurology ranged from the global–an analysis of neuro-oncology training and research in Africa’s most populous country–to the subcellular level, with an examination of the function of sodium ion channels at the subcellular level. Other highlights include uncovering the mitochondrial origins of a rare form of blindness, the biggest trial of ALS patients in history, and  the use of “spackle tracking” to help us understand the effects of traumatic brain injury. Read more about these stories and more below.