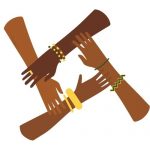 Over the last three decades, cultural psychologists have found that the view of the self as interdependent, or embedded in social relationships, is one of the most profound differences between human groups (Markus & Kitayama, 1991). While foundational, one limitation of the available evidence is that it focuses almost exclusively on comparisons between East Asians and European Americans. 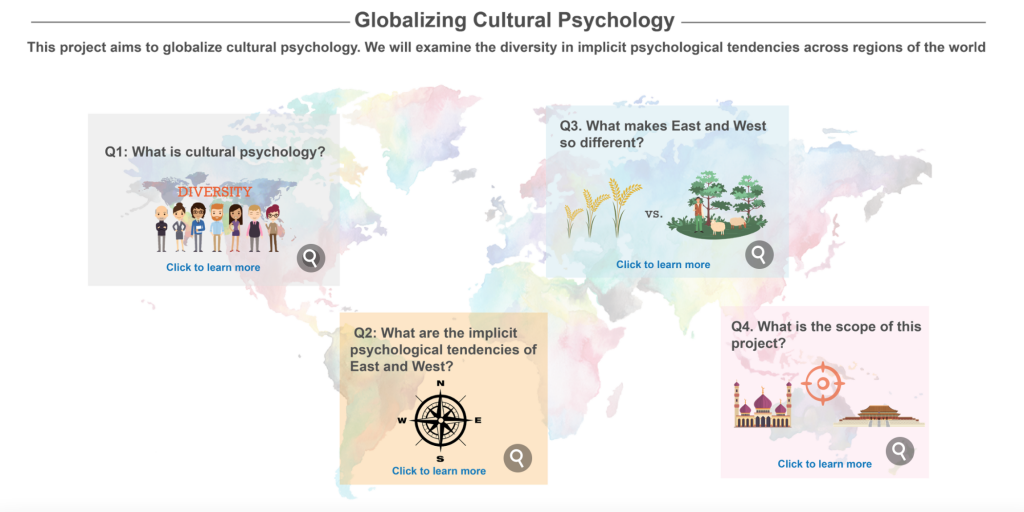 In particular, we aim to distinguish between culturally shared features of interdependence, and those that are subsidiary or culturally variable. Dr. Salvador leads the Latin America portion of the project.

Latin America is the most populous region in the Americas, with over 641 million people (The World Bank, 2018). It is currently understood that Latin Americans are generally interdependent. However, unlike East Asians who tend to be self-effacing and suppress their emotions, Latin Americans tend to be more emotional. We theorized that due to the high levels of ethnic heterogeneity in Latin America (i.e., people of Indigenous, African and European ancestry coexisting in the same locales), the art of emotional communication was mastered to ensure mutual understanding between diverse groups (Niedenthal et al., 2019). When combined with the ethos of interdependence already present in Latin culture, this tendency for emotional expression came to serve the purpose of forging interdependent ties with others (Kitayama & Salvador, 2017, Perspectives on Psychological Science). To test this idea, we collected data in Colombia, Japan, and the US on a comprehensive set of implicit measures. We found that similar to European Americans and unlike Japanese, Colombians were self-enhancing and emotionally expressive. Importantly, similar to Japanese, and unlike European Americans, Colombians were holistic in cognition and were more expressive of social (e.g., feelings of closeness to others) as opposed to personal (e.g., pride) emotions. Unlike both groups, Latin Americans were the most emotionally expressive. Based on our findings, we suggest that Latin Americans have a unique form of interdependence, one that uses the expression of emotions to achieve interdependence with others, what we term expressive interdependence (Salvador et al., revision to be resubmitted).

Our lab is furthering this work by examining other psychological tendencies that may distinguish Latin Americans from other groups, including self-enhancement, relational mobility, emotional experience, etc. We are also working alongside our collaborators to expand the scope of cultural psychology more broadly by examining how interdependence and its’ associated psychological tendencies vary in other underrepresented groups in the literature, including Arabs, Africans, and Indians. If you are interested, check out the Join us page to get involved!