In 2003, the National Cancer Institute’s Center for Cancer Research launched the Comparative Oncology Program to help researchers better understand the biology of cancer and to improve the assessment of novel treatments for humans by treating pet animals- primarily cats and dogs- with naturally occurring cancer, giving these animals the benefit of cutting-edge research and therapeutics. 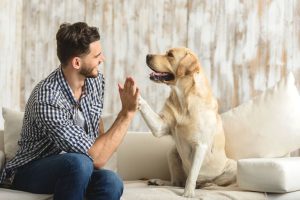 The Duke Comparative Oncology Group uses this cross-species approach to advance our knowledge of, and ability to treat, cancer.  We are primarily focused on the study and treatment of soft tissue sarcomas and bone sarcomas.  Sarcoma is quite rare in humans (less than 1 percent of cancers), but relatively common in dogs.  Although uncommon in humans, it is disproportionately lethal.   Research of sarcomas in humans is often limited by low numbers of cases to study.  In dogs, sarcomas are not only more abundant, they are easier to study longitudinally, given dogs’ short life spans relative to humans.

(Follow this link to some recent DCI articles about what we do.) 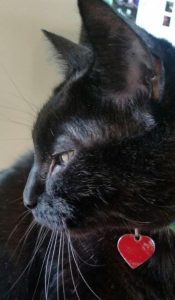 In osteosarcoma alone (one type of bone sarcoma), only about 800 new cases are diagnosed each year in humans in the United States compared to over 10,000 annually diagnosed cases in dogs.  These canine  tumors have been shown to be genetically identical to human sarcomas, with no way to distinguish human from canine tumors when comparing them genetically (Paoloni et al, BMC Genomics 2009).  These tumors tend to be more aggressive in dogs:  Sadly, over 90 % of dogs with osteosarcoma will die of their disease.  Most dogs survive less than one year, even with aggressive treatment. To neglect the study these patients is to miss a huge opportunity to understand this terrible disease.