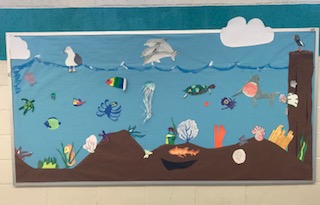 In order to show their classmates the effect humans and our trash have on the oceans, the Green Team at Morehead City Elementary School created an ocean mural and progressively added debris to it throughout the week. They started with a mural of an empty ocean, then filled it with beautiful marine life and put it on display in the cafeteria. One student on the Green Team, who helped create the mural, wrote:

Little did they know in a few days they were going to get a look at our real ocean, the one that isn’t perfect like in the movies.

About a week later, the Green Team went back and added trash and other everyday objects to their mural to show how marine debris that humans generate may interact with marine life and the ocean ecosystem.

The same mural at the end of the week, complete with marine debris

This activity demonstrated the idea that “away is not away” – when we throw away garbage, it doesn’t disappear. If it doesn’t make it to the landfill, it may eventually end up in the ocean, where marine life may become entangled or mistake it for prey.

The student wrote that her classmates were shocked by the transformation of the mural. When change happens slowly, like the accumulation of marine debris on local beaches, people are slow to notice, but if the same change happened quickly, like the transformation of the mural, people would be shocked at the true impacts humans have on marine ecosystems. At the end of this activity, the student wrote:

It really showed how unaware they are of what is really happening and what problems we are facing. I hope this project will inspire other kids to learn more about reducing, reusing, and recycling.

To hear her full perspective on the MES marine debris mural, read the rest of her letter below! 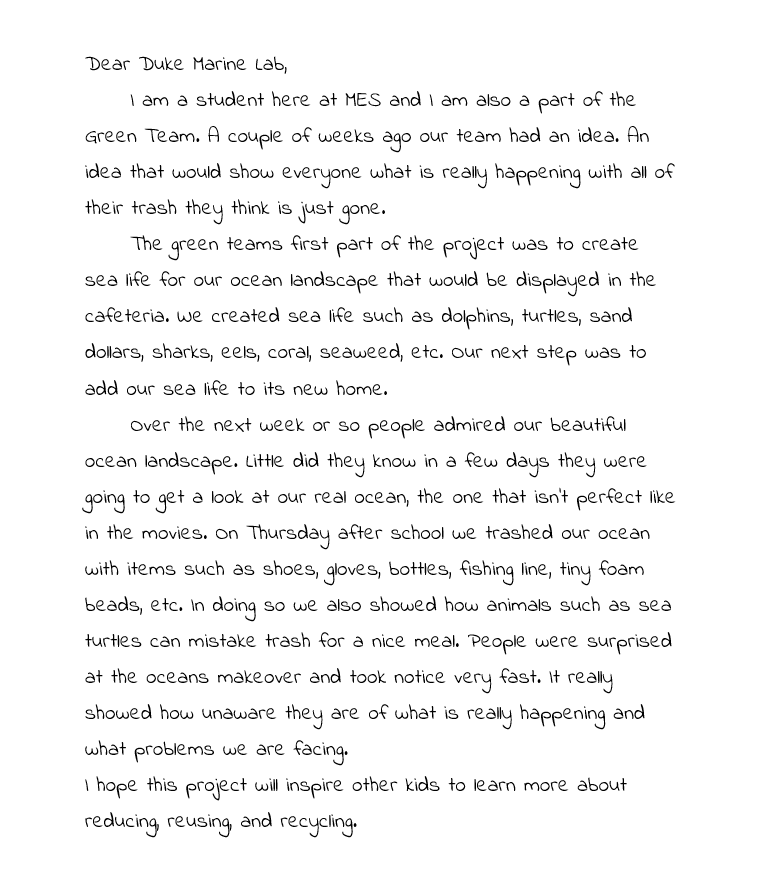 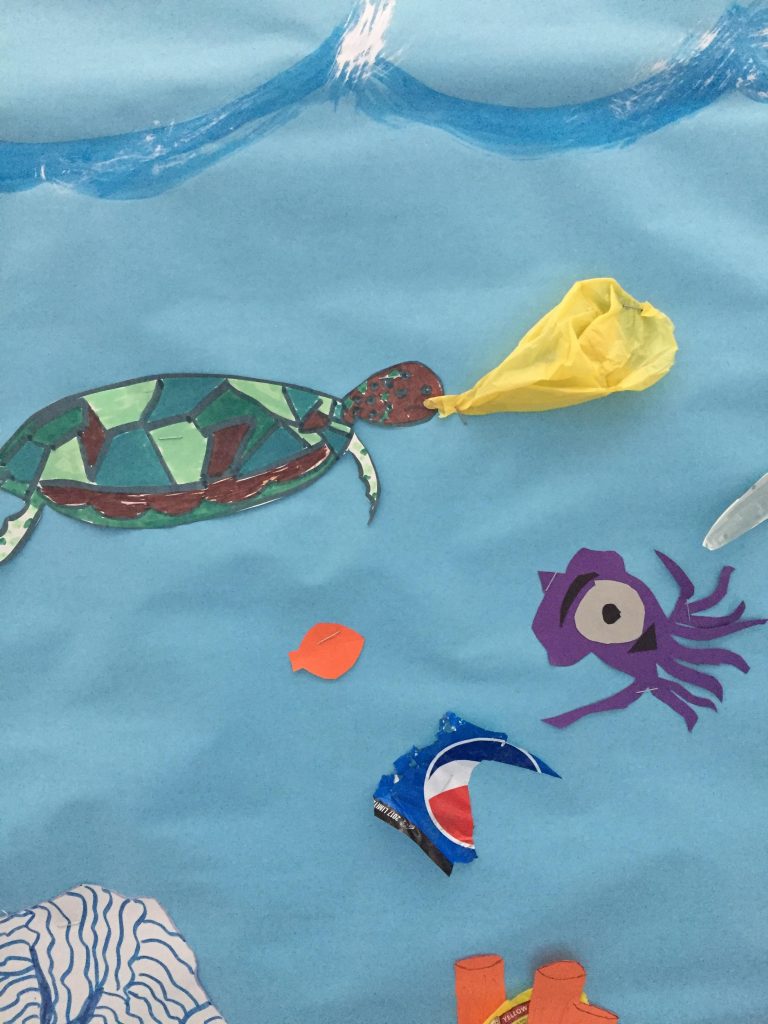 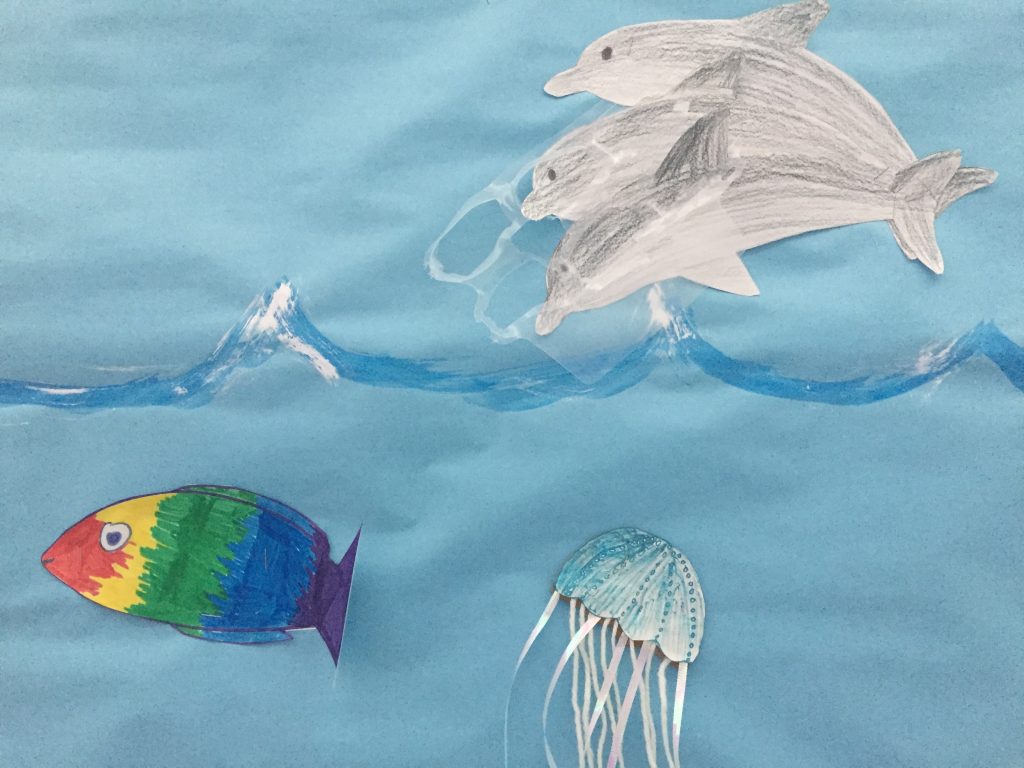 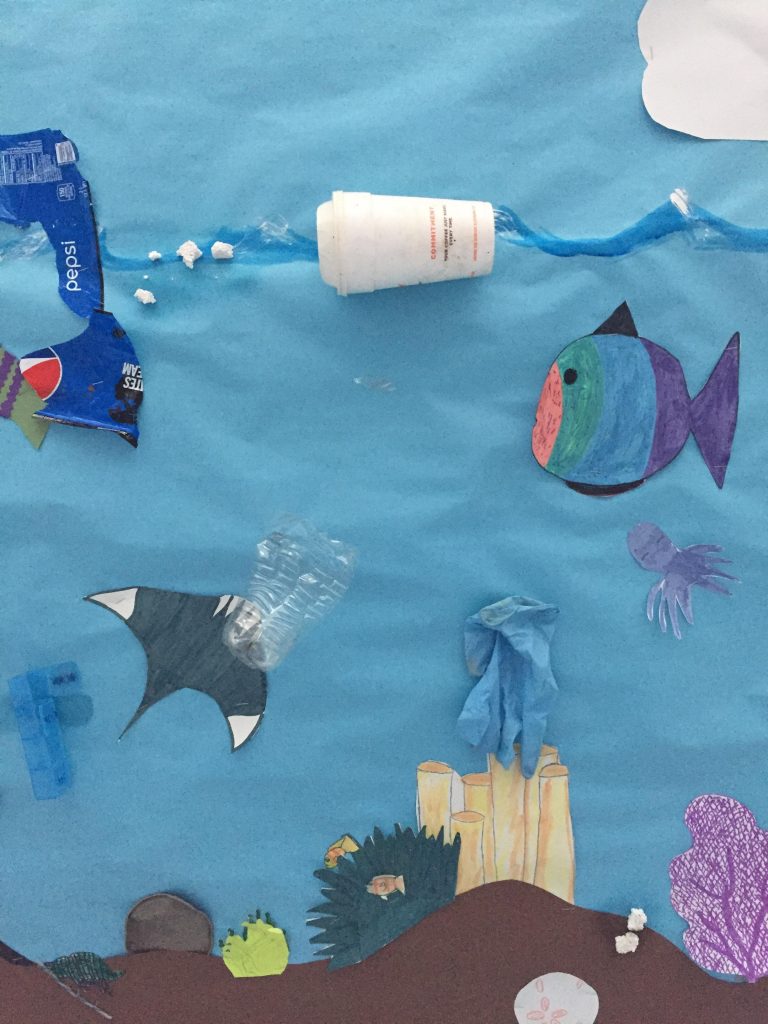