Join us for a special Club EvMed where we’ll be highlighting some of the exciting graduate student research in the field of evolutionary medicine. We will hear 15-minute research talks from Elise Paietta, PhD student at Duke University, and Anuraag Bukkuri, PhD student at Moffitt Cancer Center (see abstracts below). There will be time for questions and discussion following each talk. Sign up here for the meeting link. 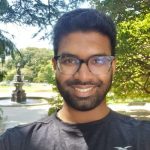 “State-structured populations and cancer therapeutic resistance” by Anuraag Bukkuri, Moffitt Cancer Center. In my talk, I will discuss some work at the interface of mathematics, ecology, evolution, and cancer. Namely, I will be covering new ways to mathematically model the eco-evolutionary dynamics of structured populations and introduce the notion of state-structured populations in cancer (aneuploid and polyanueploid cell state). I will formulate deterministic and stochastic models that allow us to understand how the polyaneuploid (PACC) state contributes to therapeutic resistance and discuss in general the importance of interdisciplinary research and mathematical modeling. 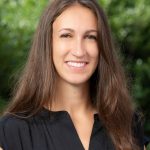 “Identifying diverse viruses using metagenomics” by Elise Paietta, Duke University. The lemuriform primates have extraordinary evolutionary diversity (>100 species) creating the potential for particularly diverse circulating viruses. Yet, despite lemurs’ unique evolutionary history, phylogenetic relatedness to humans, and rapidly declining populations, research on viruses in the lemuriform primates has been virtually nonexistent with only a handful of lemur-associated complete viral genomes available. Using viral metagenomics, we characterized two diverse, novel papillomavirus (PV) species in Varecia variegata saliva samples from the Duke Lemur Center. These PVs constitute a putative new genus within the Papillomaviridae family. This work shows the power of viral metagenomics for virus discovery and its potential for application to the human-lemur interface in Madagascar. 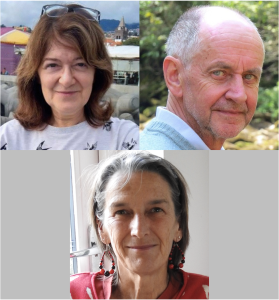 Join us for a conversation with Gillian Bentley (Durham University), John Gorman (Independent Scholar), and Charlotte Roberts (Durham University). In this presentation based on a recent EMPH paper, the authors argue that a lifestyle of habitual squatting could have significantly improved childbirth outcomes and made labour easier for ancestral women. They apply principles derived from engineering to discuss the morphology of the pelvic anatomy and how habitual squatting could widen the pelvic outlet and increase flexion at the sacra-iliac joint. We discuss problems in attempting to assess this hypothesis given that few populations exist that still habitually squat, their accessibility for examination using suitable technologies is difficult, and the likelihood that frequent squatters would also experience nutritional deprivation affecting women’s optimal growth and development.

Attendees are encouraged to read Gorman et al. 2022, “Squatting, pelvic morphology and a reconsideration of childbirth difficulties” and view the video contained in the Supplementary Materials. Attendees may also be interested in reading Haeusler et al. 2021, “The obstetrical dilemma hypothesis: there’s life in the old dog yet,” Wells 2015, “Between Scylla and Charybdis: renegotiating resolution of the ‘obstetric dilemma’ in response to ecological change,” and Abitbol 1987, “Obstetrics and posture in pelvic anatomy.” Sign up here for the meeting link.

A tale of two sugars: the epic human story of amylose and lactose 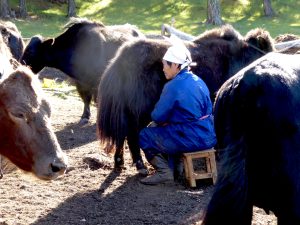 Human diet has radically changed since the emergence of our genus approximately 2 million years ago. Over that period, gene duplications related to digestion – such as amylase copy number – have vastly expanded, and genetic variants – such as lactase persistence (LP) – are among the genomic features under highest selection in the human genome. Although the evolutionary dynamics behind some of these changes are partly known, their microbial correlates within the human microbiome are less explored. Here we discuss human adaptations to two carbohydrates, amylose and lactose, and show that far from being simple, they involve a complex interplay between the host genome and microbiome. Using direct molecular evidence from the archaeological and paleoanthropological record, we discuss human dietary evolution and argue that only by investigating the host genome and microbiome in tandem can our evolution, biology, and health be fully understood.

Attendees are encouraged to read Fellows Yates et al. 2021, “The evolution and changing ecology of the African hominid oral microbiome” and Scott et al. 2022, “Emergence and intensification of dairying in the Caucasus and Eurasian steppes.” Sign up here for the meeting link.

Intermittent fasting in the dark: metabolic adaptation and resilience in cavefish 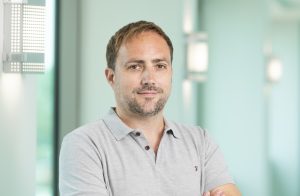 Join us for a conversation with Nicolas Rohner, Associate Professor at the Stowers Institute for Medical Research. There are many cases in nature where animals had to adapt to periods of food overabundance and periods where food is either entirely absent or very scarce. A common strategy is to store excess energy as fat in times of plenty and to reduce metabolic rate in times of dearth. The genetic underpinnings of such physiological adaptations, however, are not well understood. The cavefish system Astyanax mexicanus is a promising research organism to study starvation resistance and adaptation to extreme metabolic states on a molecular level. We have previously uncovered genetic mutations underlying different strategies to cope with the nutrient deprived cave environments such as hyperphagia, elevated fat storage, and insulin resistance. Remarkably, none of these phenotypes are leading to measurable health disadvantages in these fish, even when fed ad libitum in the laboratory environment. As such, we propose cavefish as a novel system which offers the possibility of identifying genetic pathways that can be protective under extreme nutritional situations.

This conversation will be led by Siobhán O’Brien, Assistant Professor of Microbiology at Trinity College Dublin. O’Brien is an evolutionary ecologist fascinated by the dynamics of complex microbial communities. She studies how microbial social interactions – bacterial warfare, sharing public goods, detoxifying the environment, and cheating on their neighbours – evolve over time, particularly in complex communities like soil or the gut microbiome. Full details to be announced soon, but you can sign up in advance here for the meeting link.

This conversation will focus on Culyba and Van Tyne’s 2021 paper, “Bacterial evolution during human infection: Adapt and live or adapt and die.” Full details to be announced soon, but you can sign up in advance here for the meeting link.

This conversation will be led by India Schneider-Crease, Assistant Professor in the Center for Evolution and Medicine at Arizona State University. Schneider-Crease’s research broadly focuses on the ecology and evolution of parasite-host relationships and the interplay between the social environment and health. She is particularly interested in understanding how the social environment can affect immunological development, susceptibility to parasitism, and fitness. Full details to be announced soon, but you can sign up in advance here for the meeting link.