“State-structured populations and cancer therapeutic resistance” by Anuraag Bukkuri, Moffitt Cancer Center. In my talk, I will discuss some work at the interface of mathematics, ecology, evolution, and cancer. Namely, I will be covering new ways to mathematically model the eco-evolutionary dynamics of structured populations and introduce the notion of state-structured populations in cancer (aneuploid and polyanueploid cell state). I will formulate deterministic and stochastic models that allow us to understand how the polyaneuploid (PACC) state contributes to therapeutic resistance and discuss in general the importance of interdisciplinary research and mathematical modeling.“Identifying diverse viruses using metagenomics” by Elise Paietta, Duke University. The lemuriform primates have extraordinary evolutionary diversity (>100 species) creating the potential for particularly diverse circulating viruses. Yet, despite lemurs’ unique evolutionary history, phylogenetic relatedness to humans, and rapidly declining populations, research on viruses in the lemuriform primates has been virtually nonexistent with only a handful of lemur-associated complete viral genomes available. Using viral metagenomics, we characterized two diverse, novel papillomavirus (PV) species in Varecia variegata saliva samples from the Duke Lemur Center. These PVs constitute a putative new genus within the Papillomaviridae family. This work shows the power of viral metagenomics for virus discovery and its potential for application to the human-lemur interface in Madagascar. 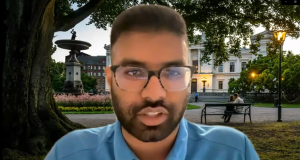 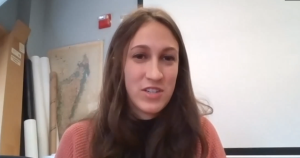