This conversation was led by Matt Keller, Associate Professor in the Dept. of Psychology & Neuroscience at the University of Colorado, Boulder. The candidate gene (CG) approach has been used for 30 years to investigate the influence of specific polymorphisms in genes thought a-priori to be related to complex traits. Thousands of such studies have been and continue to be conducted, most reporting significant associations. In the last 15 years, a much different approach, the genome-wide association study (GWAS), has been used to investigate nearly all common genetic polymorphisms across the genome at once. Using sample sizes orders of magnitude larger than typical CG studies, GWASs have made tens of thousands of reliable discoveries, but the effect sizes are typically much smaller than those detected in CG studies, and specific CG hypotheses have failed to replicate when directly interrogated in GWAS data. What might explain these apparent contradictions? It is possible that CG studies measure traits with higher precision or that they investigate less complex “endophenotypes,” but neither explanation holds up under scrutiny. Rather, CG studies suffer from many factors—publication bias, inconsistent methodological practices, low priors, and low power—that increase the false positive rate in any field. Keller argued that the many positive findings using the GC approach are largely false positives and are a humbling reminder of the fallibility of the scientific process as currently practiced. 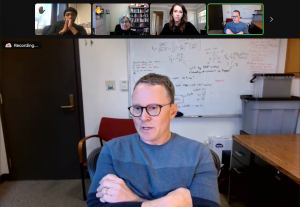