At this special Club EvMed, we highlighted some of the exciting work done by postdoctoral researchers in the field of evolutionary medicine.

“The effect of population size, mutation rate, and genetic background on the evolution of antibiotic resistance” by Kyle Card, Cleveland Clinic
The evolution of antibiotic resistance is a serious and growing problem. The ability to predict a pathogen’s capacity to evolve resistance is therefore a critical public-health goal. In previous work, we found that differences between genetic backgrounds can sometimes lead to unpredictable responses in phenotypic resistance and influence its genetic basis by channeling evolution down particular mutational paths. However, it is still not clear how background interacts with other factors, including population size and mutation rate to influence resistance evolution. To address this issue, we are combining theory with an experimental examination of a time-series of E. coli strains isolated from a population that evolved increases in both population size and mutation rate during a long-term evolution experiment (LTEE).

“Female-female social bonds mediate the relationship between early life adversity and lifespan in wild baboons, but female-male social bonds do not” by Liz Lange, Duke University
Adversities experienced during early life and adult social environments can have profound effects on human health and survival. However, it is unclear if experiences during early life and adulthood exhibit independent effects on survival, or instead if these processes are linked such that adverse early experiences are strongly coupled with dysfunction in adult social relationships, which in turn are strongly coupled with decreased lifespan. In this study we used longitudinal data on 199 wild adult female baboons from the Amboseli ecosystem in Kenya to determine the links between early life adversity, adult social bonds, and adult survival outcomes. We find that early adversity and social isolation from both males and females reduce survival, but only female-female social bonds link early life adversity to reduced survival. Our results suggest that the timing of effects (e.g., the effect of early adversity on social bonds and social bonds on survival) are crucial to determining the links between these processes and should be considered in human studies of adverse childhood experiences.

“Exploring immunogenetic diversity in historical human populations” by Federica Pierini, Max Planck Institute for the Science of Human History
The highly polymorphic genes of the human leukocyte antigen (HLA) system play a key role in adaptive immunity. Pathogen-mediated selection is proposed to be one of the major factors affecting the genetic variability at those genes, but our knowledge is so far based on information acquired from the study of present-day human populations. The investigation of ancient HLA genes in historical populations could shed further light on mechanisms of pathogen-mediated selection in humans. I will first show our novel aDNA-optimized pipeline for low-coverage and low-quality shotgun sequence data and follow with two examples of its applicability. The approach has been successfully applied to a dataset of Late Neolithic samples from a collective burial in Niedertiefenbach (Germany), revealing a distinct and characteristic HLA gene pool compared to modern day German individuals, and to a dataset of medieval European samples, associating HLA variability with susceptibility to leprosy. 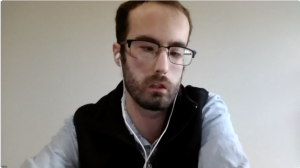 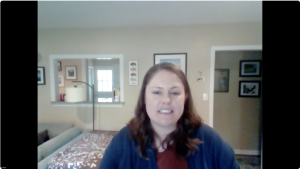 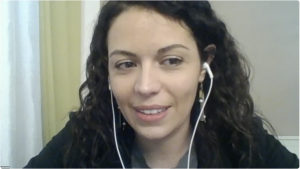