HIV and male sexual behavior: a hypothesis and its history

This conversation was led by Phil Starks, Associate Professor of Biology at Tufts University. Recent evidence suggests that male sexual behavior may be influenced by HIV viral loads. The hypothesis is unsurprising as host manipulation to facilitate disease spread is well-documented, and sexually transmitted infections would most likely influence attributes associated with sexual behavior. Though unsurprising, it took 25 years from Phil’s initial idea until the hypothesis was published. This talk explored not only the science behind the publication, but also the factors that led to the delay in pursuing this topic. 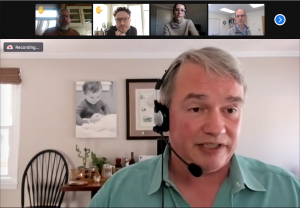