Welcome to “Chekhov’s Footprints”! This is actually the end of the story. To read in order (from West to East), scroll down and go back two pages. It will make more sense that way. ENJOY!

You think you’re headed in a straight line; there’s a starting point (Moscow, say) and an end point (Sakhalin Island). You have decided to follow the itinerary Chekhov followed, as much as possible, on his 1890 trip to Sakhalin island. Fortunately, this route coincides with that of the Trans-Siberian Railway–well-worn by a host of questing travelers over the years. And just when you reach your goal, you realize that your straight line is a circle, and your quest has just begun.

Originally I thought I might discover some new Chekhov places along the way. It became clear almost immediately, that the geography of Chekhov’s life journey has been fully charted. In Moscow I found lots of good information about the places he had lived, worked, and visited.  My hotel on Sretenka was basically in the middle of what we could call an “early Chekhov” district–the area where he lived in a number of different rented lodgings while a s 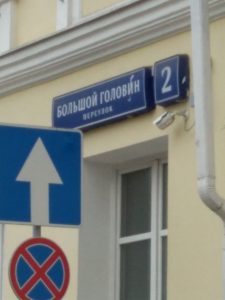 tudent at Moscow State University. And it was about a block away from Bolshoi Golovin St. (formerly Sobolev Street), the brothel district which served as the setting for his famous 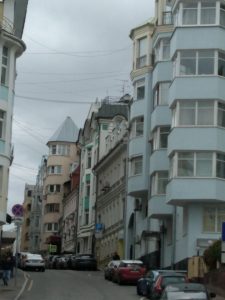 story “An Attack of Nerves.” I tracked down several of these addresses, and looked around online, and it soon became clear that these paths were well trodden, and in fact there have been other, similar blog quests. When I popped into Dom Knigi one day and came upon a book that detailed every Chekhov address in Moscow, with a description of what he did while living there, I realized that my quest was evolving into something different. And the buildings all started to look alike anyway.

Dostoevsky demanded to be included on the journey. And we were joined by other Dostoevsky and Chekhov people. For example, in Moscow I met with

at this would be a journey as much from person to person as from place to place. In every Siberian city I visited (except for Khabarovsk), I was hosted by generous colleagues–none of whom I had even met before–who showed me the very best their Chekhov or Dostoevsky place has to offer. And then helped me on my way. So the trip was not about places at all. It was about people.

I did make it to Sakhalin.  Chekhov visited many towns on the island (basically almost every town) as he gathered information for his book The Island of Sakhalin. I visited only one: Yuzhno-Sakhalinsk (formerly Vladimirovka). 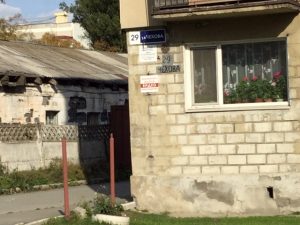 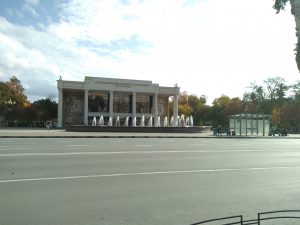 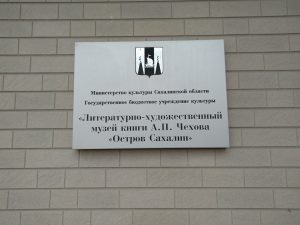 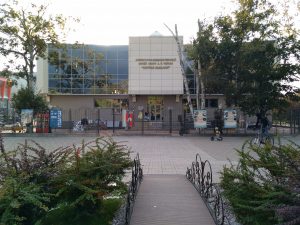 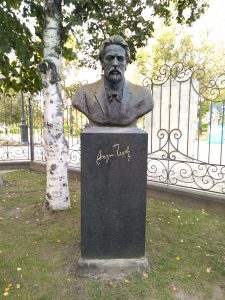 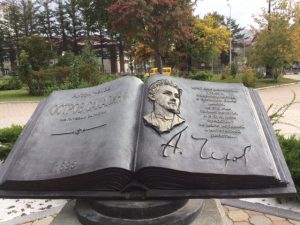 Like other museums I have visited on this journey, this one offers a multimedia, interactive experience. One can get a sense as to what life was like on Sakhalin when Chekhov visited there (during a time when most of the island was populated with exiled settlers, imprisoned convicts, and ex-cons, and the administrators, officials, and jailers who managed everything. There is a diorama showing what a prison looked like, and  display with mannequins showing what life was like in a prison cell–complete with actors providing video testimony in the voices of prisoners. Check out their cool virtual excursion: http://go.chekhov-book-museum.ru/. I took a lot of photos, but I realized that you will be much better off if you just go to the website and take the tour yourself. 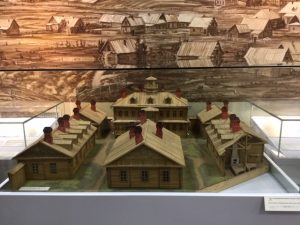 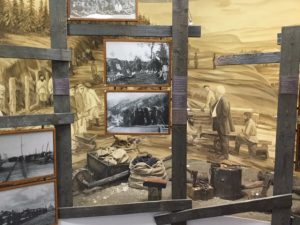 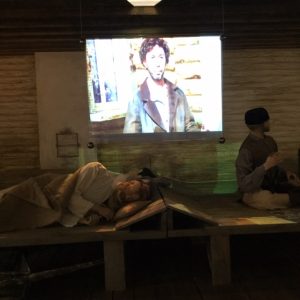 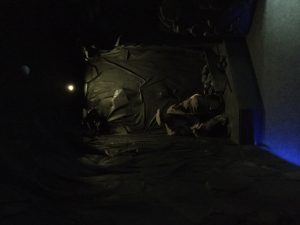 The museum collects books relating to Chekhov from all over the world (keep this in mind when you visit, so you can bring some to donate to the collection). 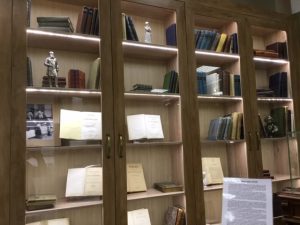 The most important book, though, is the one that inspired my trip, and Sergei’s, and as I am learning, many others’. Its publication in 1891-93  inspired readers of the time (including public figures) to rethink the policies that had led to the creation of the prison system on the island. And it inspired the creation of this museum.

Solicitous and expert deputy museum director Anastasia Stepanenko showed me around the museum and hosted me in her office, where if you look in the middle of the table you’ll see a set of two large books. This is an extraordinary edition of Chekhov’s Sakhalin Island, with extensive commentaries by Mikhail S. Vysokov (2010). The commentaries are the thicker volume. Basically if you have a question about anything in Sakhalin Island, Vysokov will have anticipated your question, will have answered it. Just look in the commentaries. 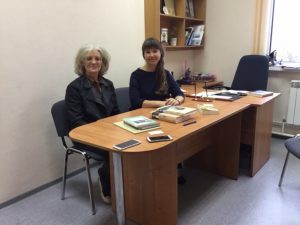 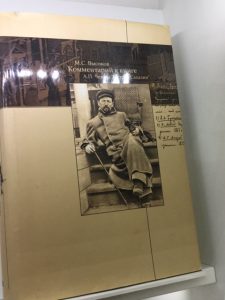 When I saw this edition, I was reminded, yet again, of what it is I love about my Russian colleagues’ respect for their literature: their meticulous attention to detail, to respecting what is there in the text, and what is there in the material, geographical, historical, cultural, literary, and biographical world that underlies the text. There 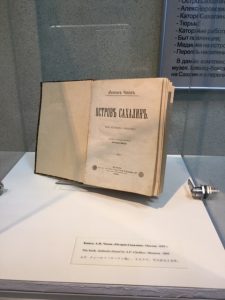 is a kind of maximalistic impulse at work, a desire to go deep into the book and retrieve every nuance, meaning, and reference that connects the text with the world. And that world includes us readers.

There’s no need to make things up; the point is to see what’s there. This attention to textual details and to the ways they are anchored in “real things” in the world differs from what I see as dominant in my western scholarly world: a mandate to create new knowledge, or to come up with ever-new angles of interpretation. This mandate keeps us intellectually alert and adventurous. Sometimes, though, it can lead to carelessness with a text, or a tendency to distort what is in there in order to prove a theory or argument about something else. Sort of like what Cinderella’s sisters did in an effort to get the glass slipper to fit.

Now about circles. Here at the Museum of One Book, I was able to see a special exhibit related to Chekhov’s letters–that very same exhibit that Zhenia of the Melikhovo Museom of Chekhov’s Letters had told me she was going to set up in Yuzhno-Sakhalinsk. 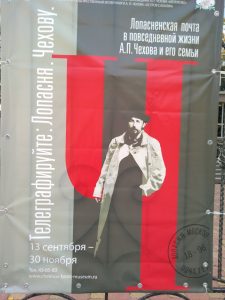 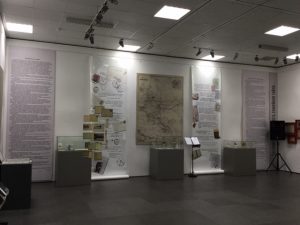 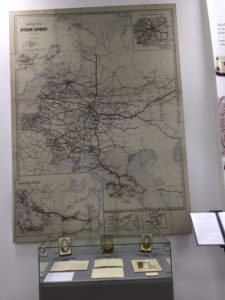 There’s much much more to say about Sakhalin, and Yuzhno-Sakhalinsk, and Chekhov’s book, and I hope that I will be able to say some of it. That quest continues. But a bit more about circles: I did circle back to Moscow. I have to say, it was extremely disorienting to get on an airplane and cover in eight hours, forty minutes a distance that had taken me forty-two days on the journey out there.

Everyone asks why Chekhov made this trip. The more you think about it, the more complicated it gets. I sure can’t answer the question about Chekhov; I don’t understand why I made this trip myself, much less why someone else did. I didn’t understand when I started the trip, and I still don’t understand now that it’s over. Reaching Sakhalin didn’t make things any clearer. Maybe, like Sergei, I’ll just have to keep coming back.

The night before I left Moscow, I traveled to the Chekhov metro station at Pushkin Square, where I saw a performance of (Dostoevsky’s, sort of) Crime and Punishment: The Rock Opera.  Ask me about it sometime. For now, the point is that everything on my trip came back around to its starting point. And continues to do so. 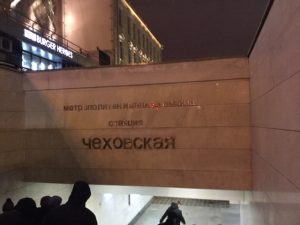 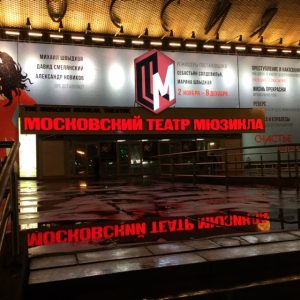 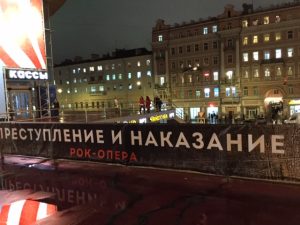 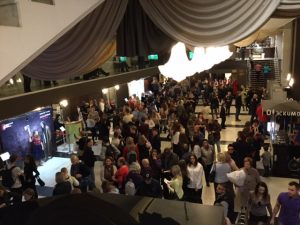 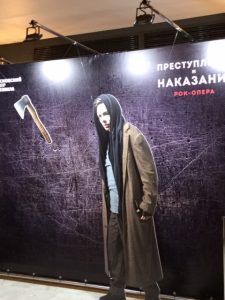