Meanwhile, in the Basement

We’ve had our fun with the drunken peasant and grumpy Chekhov, and we’ve spent some time living the life of the mind. But as always, there are other stories to tell.

Do a random sample among my people (in the US), asking about their perceptions of Siberia, and my hunch is that the Gulag will be right up there with snow, vodka, and bears.

Every university (and basically, every institution and individual) in the Soviet Union was touched by the Great Terror of the 1930s (and the other years of terror). Everywhere, behind the scenes of normality lurk the spirits of imprisoned, executed, marginalized, “repressed” (as the polite term would have it) victims. Having begun my study of Russian and Russia during darkest zastoi (“back in the USSR”),  I’ve taken a wild ride through history, as one country disappeared and another took its place, and as people began to recapture their history and to grapple with the extraordinary upheavals of the post-Soviet period.

There’s no end to the marathon I’m on.

As I’ve traveled from city to city this fall, meeting people and getting a sense for everyday life in Siberia in 2019, I’ve also been able to visit sites touched by the country’s darker history. Regions, squares, and streets still bear the names of the perpetrators (Sverdlov, Dzerzhinsky, Lenin), even as museums, statues, and memorials to the victims rise up and find their place.

Tomsk is no exception. Like Tobolsk, the town served as a Gulag transit center; some prisoners passed through on their way to more distant places, others were settled in “facilities” in and around town. I found the Tomsk NKVD Memorial Museum particularly moving. The museum is unique in that it is set in the actual building where prisoners were held and interrogations took place. 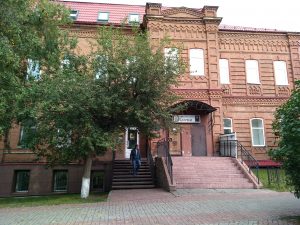 To get to the museum  exhibits you descend a long dark stairway and alight in a basement corridor lined with small chambers. These were  were either cells or interrogation rooms. 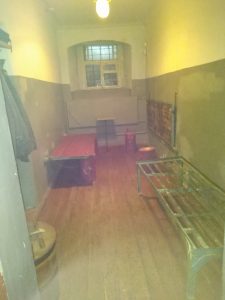 What I found extraordinary in the museum was the abundance of individual stories that it manages to tell, even as it presents the Gulag’s physical geography, its facts, dates, and statistics. Behind each fact and number lies a human tragedy, families torn apart, individuals tortured and murdered, children orphaned. One scary exhibit is a document (one of many) listing quotas of arrests that were assigned to each region. We know this; people were arrested not necessarily for any particular crime, but to meet NKVD quotas. During the height of the Terror, those administrators whose job it was to arrest, interrogate, and sentence people feared for their own lives. In one document a local official writes to Stalin asking for his quota to be raised by a few hundred or thousand–I don’t remember–in the hopes that his zeal in rooting out enemies will spare him from being arrested and shot himself.  In Stalin’s handwriting, the official’s request is “approved.” And as a result, several hundred more people were arrested and executed–and probably, in due time, the desperate man who wrote this particular appeal.

Looking at the various displays with these numbers rattling around in your brain, you learn individuals’ stories. The scariest part is recognizing in these stories the all-too human failings that led people to denounce their neighbors and co-workers. The deadly sins were at work: envy, greed, wrath, and the others, too. If your neighbor was arrested, you might be next in line to move into his slightly better room or apartment. If an over-achieving colleague disappeared, your own crappy work might not look so bad after all. 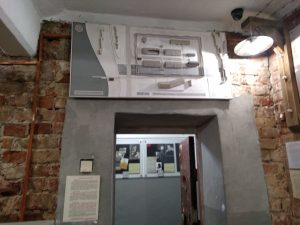 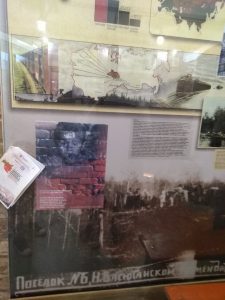 The Tomsk museum and the other museums across the country are built, piece by piece, from testimony of individual family members, colleagues, and friends of victims; from treasured artifacts and items reflecting people’s lives at home and in prison; from photos of individuals and their families; from meticulous archival research by scholars, and even from accidental discoveries made during an afternoon walk. At one point, someone stumbled upon a mass grave site exposed by erosion on a river bank near Tomsk: 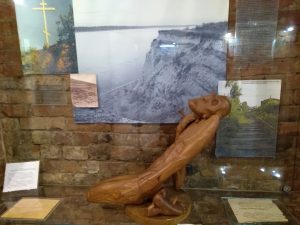 If your instinct is to destroy history, or cover up something shameful you did, this and other museums have a message for you. Stories find a way to be told. The ghosts will rise up. As in the Tobolsk Romanov museum, I was struck by the sheer power of facts and stories. In my students’ writing, I purge adverbs. If the facts are there and the story captures the reader, there’s no need to pile on expressions of your feeling, what the Russians call “pafos” (pathos). Just tell what happened, to whom, and when, and that will be enough.

Thank you, everyone who has a story to tell, and thank you, historians (and muzeishchiki) for telling it so effectively.

In US universities students are turning away from the study of history to focus on the world as it is now (or will be in the future, as if we ivory-tower-dwellers knew anything about that). The world around them–at home, in the news, and among their peers–reinforces this message. So, in fact do our universities, whose rhetoric focuses almost exclusively on “the future.”

How many major institutions of learning (I’m just talking about the US, now) are touting their role as guardians and custodians of the past? I’m not hearing it.  Our students heed the call: they come to us not to learn things, but rather to think up things and make things. I’m for that, and I want some of those new things myself. And I take great pride when I and my students and colleagues come up with new things. But it is true that new things mostly come from old things.  So let’s not forget to take some looks in the rear-view mirror as we “move forward into the future.”

Outside the Tomsk NKVD Museum–as in so many Siberian towns–stands a memorial to the victims of the Great Terror. 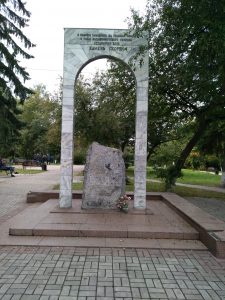