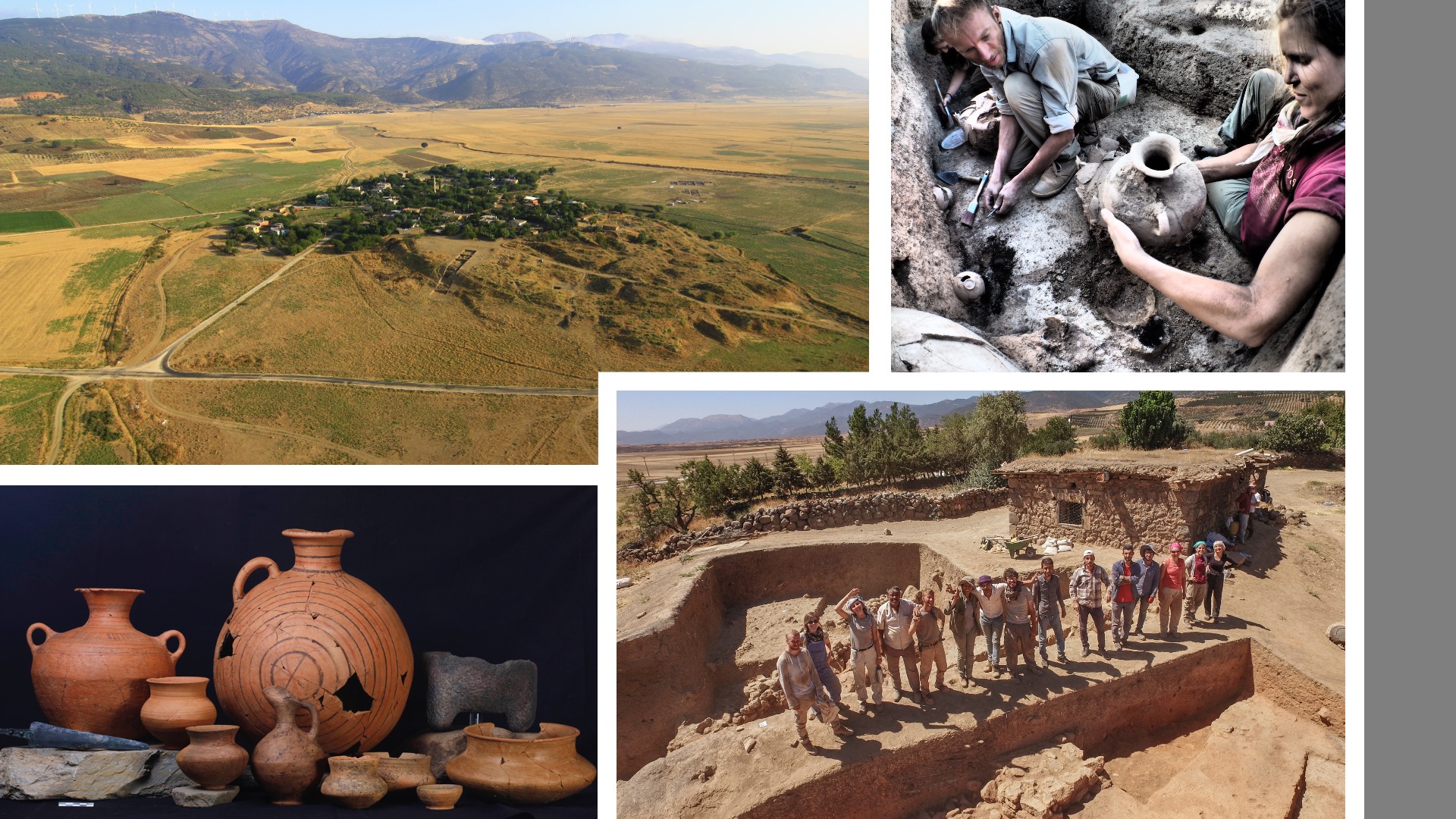 Zincirli Höyük in southeastern Turkey has a long history of habitation, from the Early Bronze Age to the present, and of excavation, with archaeological work initiated by the German Orient-Comité in the late 19th century. The site quickly became famous for its wealth of architectural sculpture, now on display in Berlin and Istanbul, and its numerous historical inscriptions that bore witness to the multiethnic population of the region and the political intrigues of its rulers, conducted in the shadow of the expanding Assyrian empire. Since 2006, an international team based at the University of Chicago has applied a battery of archaeological techniques to the upper mound, the lower town, and extraurban settlement at Zincirli, Iron Age Samal, with the goal of better understanding the city’s urban evolution and social and economic aspects of urban life, especially during its transition from independent kingdom to Assyrian vassal over the course of the early first millennium BCE. This work has yielded key insights into the sociomaterially constitutive role played by cities in the emergence of Iron Age states. Since 2015, the surprise discovery of a destroyed monumental complex of the Middle Bronze Age (ca. 1650 BCE) directly beneath the Iron Age citadel has prompted new questions about the long-term character of the site and its inhabitants, situated at the meeting-place of the Syro-Mesopotamian, Anatolian, and Mediterranean worlds.

This presentation will provide an overview of the history of excavations and current work at the site, with a particular focus on results from the Middle Bronze Age trenches, where work will continue (inşallah) in Summer 2021. Graduate students in archaeology or related fields interested in gaining experience in archaeological fieldwork, object analysis, and digital recording techniques are encouraged to attend, and/or to contact Prof. Morgan as soon as possible for more information (kathryn.morgan@duke.edu). Places are limited. Volunteers should be prepared to live and work closely with local and international collaborators in a rural village in southeastern Turkey.

Kathryn Morgan is Assistant Professor of Classical Studies at Duke University, where she teaches on the material culture of the ancient Mediterranean and Middle East. She is Assistant Director of the Chicago-Tübingen Expedition to Zincirli, Turkey, and field supervisor of the Middle Bronze Age excavations there. She has also excavated in Italy, Greece, Cyprus, Oman, and Azerbaijan. She received her Ph.D. in Art and Archaeology of the Mediterranean World from the University of Pennsylvania in 2018.