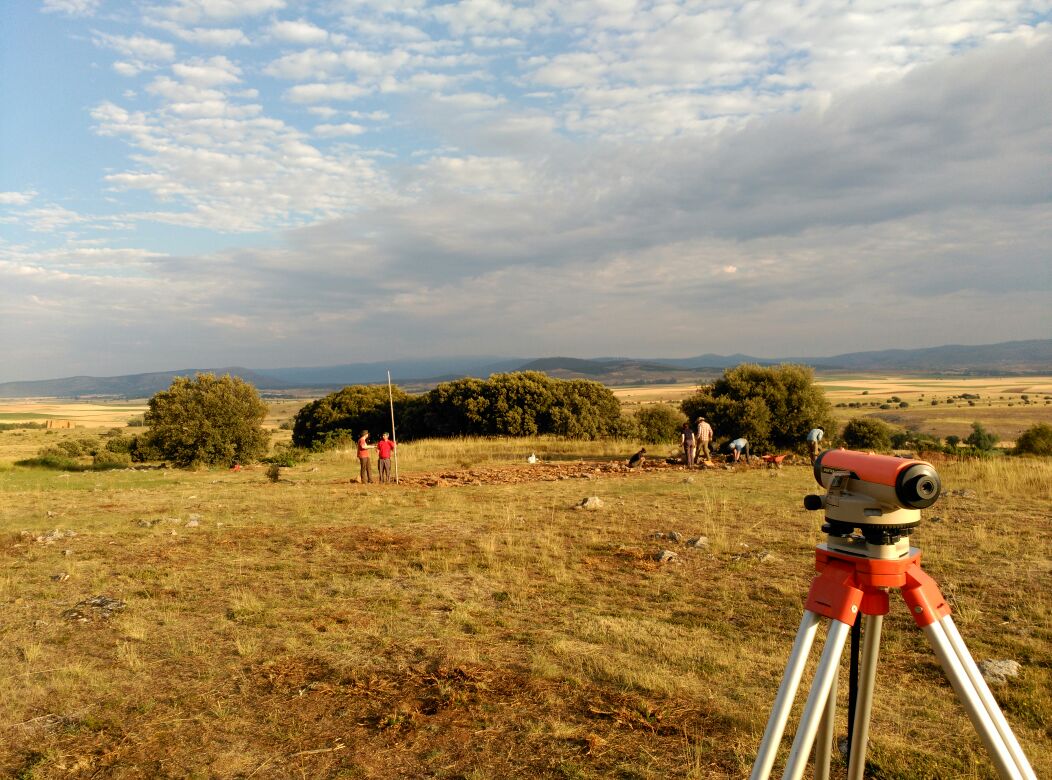 Prof. A. Jiménez of Duke’s Department of Classical Studies has recently set up an excavation project in Renieblas (Soria, Spain), where at least five Roman camps roughly dated to the 2nd-1st centuries BCE were found in the early 20th century. The camps were involved in the Roman conquest of the province of Hispania and the siege of the native settlement at Numantia, which resulted in Rome’s annexation of much of the Iberian Peninsula in 133 BCE. Many basic and important questions about Renieblas, including the chronology of each of the camps, remain unanswered despite the spectacular results of the excavations at the site in the early 20th century by Adolf Schulten (1914-1931). These new investigations, generously supported by the Loeb Foundation and the Trent Foundation, will contribute to properly contextualize the discoveries from the early 20th century and to uncover new information about the earliest phases of the Roman conquest, the life of the soldiers in the camps, and the creation of an imperial network to supply armies campaigning in new, and some times distant, provincial territories.