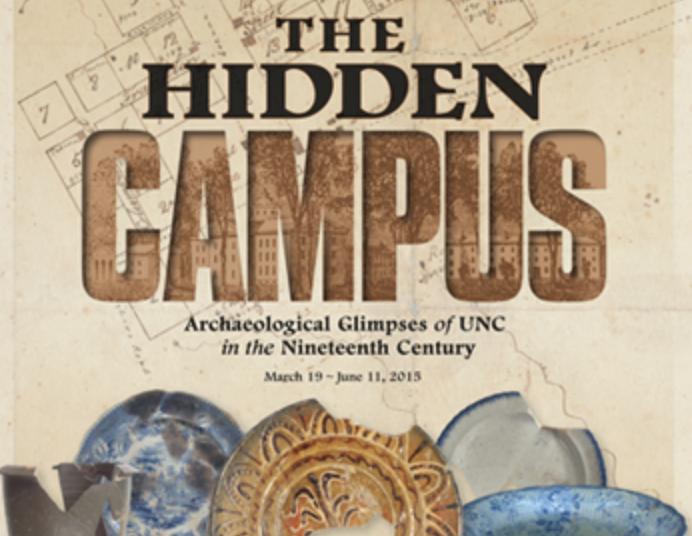 Current Exhibition – The Hidden Campus: Archaeological Glimpses of UNC in the Nineteenth Century

The University of North Carolina enjoys the distinction of being the nation’s oldest public-supported university and has a rich history that extends through four centuries. However, UNC grew slowly during its first 100 years, and only eight campus buildings from that era — namely, the historic buildings surrounding the Old Well — have survived.

Over the past twenty years staff and students from UNC’s Research Laboratories of Archaeology have revealed evidence of the early campus through numerous surveys and site excavations. The buried foundations of now-gone buildings and associated collections of artifacts found at several of these sites recall a quaint era of college and town life that now lies beyond personal memory. In short, they reveal glimpses of a now-hidden campus.

All artifacts on exhibit are from the North Carolina Archaeological Collection, UNC Research Laboratories of Archaeology.