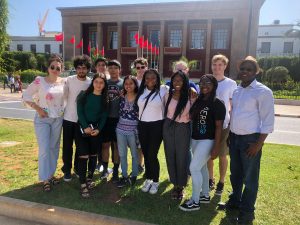 If you ask the average American what their conceptions of the Arab world is. They will likely say something out of American Sniper, or any Osama Bin Ladin Movie. They’d likely describe a desert town with Mosques, and mountains with caves nearby. Or perhaps they may even give the stereotypical Dubai colored perspective that the Middle East is rich and with evil Dictators. This is why it is important for those who travel to these beautiful Arab countries to paint a realistic, sincere, and positive picture of the Arab world. The biggest commonalities that I experienced in both Tunisia and Morocco was the over 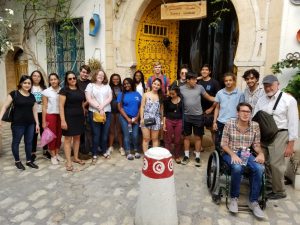 whelming kindness, and willingness to help from citizens to make our stay as comfortable as possible. But not only these two countries, I’ve gotten to befriend Egyptians, Algerians, Kuwaitis, Saudis, Emirates, Lebanese, and others. I feel so grateful for the opportunity I had this summer to make friends with so many good people. An interesting facet of the Arab world is the sense of brotherhood with different nations despite the politics. For example, during the African World Cup as I sat with a friend from ALIF in a Cafe, I noticed that after Morocco lost, Algeria was the team that seemingly everyone cheered for. My friend, Mourad explained that even though there are political disputes between Algerians and Moroccans. At the end of the day, they are a brother nations. This value of oneness was beautiful to see and I saw the same thing in Tunisia with regards to their foreign policy contrasted with their personal views. I believe that this value is inherited from Islam, because under Allah every Muslim is a brother and sister to their fellow Muslims and even non-muslims.

However, I think what does separate Morocco from Tunisia is the fact that a there is a Kingdom model of governance where the King not only has substantial political control, but also religious. Although Morocco is relatively modern and progressive amidst many North African and Middle eastern countries and has an abundantly large and established economy, Tunisia is in the initial stages of its Democratization and the concept of Freedom and Justice is vastly different than that of Morocco. For example, in Morocco, rarely d 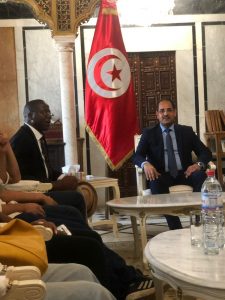 o citizens speak of politics or become active participators in the political sphere and thats largely due to the Royal authority and subsequently, the non-participatory culture. Post Arab Spring, the Tunisian culture has been changing and with that, they are steadily progressing their democracy forward and putting themselves on the track to become a global democratic power.