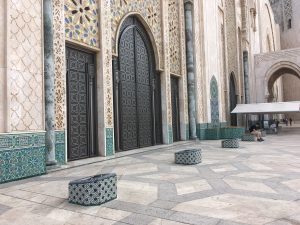 To many Americans, Tunisia and Morocco are basically the same place. Both countries are in North Africa. They speak some form of Arabic and have tangible French influences. And they have a large number of Muslims — thus they are one and the same…wrong. On closer observation, Morocco and Tunisia are fundamentally different.

On the surface level, the government structure is vastly different. Morocco operates under a parliamentary constitutional monarchy, while Tunisia has shed its dictatorship and recently transitioned to a democratic government model. In Morocco, religion and the government have always been closely tied. Being against the government can be akin to being against the king. For example, the king holds the title of “Commander of The Faithful,” which shows how Islam and governance have become intertwined. 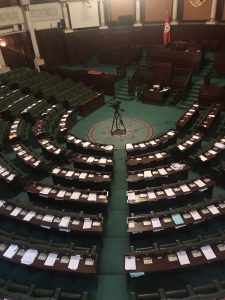 In contrast, Tunisia is a democracy with a Prime Minister, President, and a Parliament. Tunisia chose to separate religion and governance in its formation after the revolution, unlike Morocco. The country also prides itself on collaboration between civil society groups and 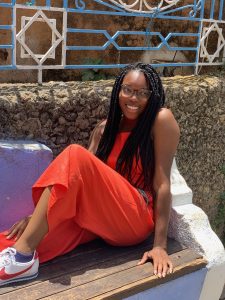 the policymakers, between governing bodies at the municipal level and at the highest level. The country functions under a model of consensus in which everyone agrees as well.  From talking to governmental figures, it seems the country prides itself on letting everyone have their voices heard.

Tunisian people seem to have relatively easy access platforms where they can voice their opinions. And because of this, the Tunisians we talked to appear to be optimistic and proud of their government. In these 8 years, the country has come a long way from the autocracy it previously was. The scholars we talked to underscored the critical role the government played. At one point, I remember this one speaker saying, “We believe in democracy” in a tone that revealed her optimism for Tunisia’s future. Many of the people we spoke to felt as though it was their duty as Tunisian citizens to make the country’s government better in some way. For instance, some speakers talked about how to increase the nation’s GDP, fix regional socioeconomic inequalities, or increase trust in politicians through media.

The Tunisians we spoke to were citizens who were particularly politically active and help positive views of the government. However, statistics show that 83% of people thought the government was going in the wrong direction in 2017. It’s interesting to see the discrepancy between the policymaking intellectuals and the general public. I think the everyday people hold rather negative views of the government because it has not implemented any significant economic reforms to target the pressing issues of the country; thus, the general public has not yet directly benefited from the new democracy. A democracy is only as good as its effectiveness, so it makes sense for some people to hold these negative views. 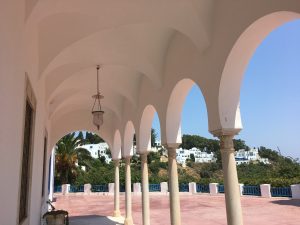 In Morocco, the general consensus on the government has been negative so far. Most people say they don’t care about it or overtly dislike it. A woman I interviewed expressed that she wanted nothing to do with government because she felt as though her interests were not and never would be represented. This sentiment was shared by the other two Moroccans I spoke to. My host brother said he didn’t like the government because it never did anything for him, while a girl at ALIF said it was too corrupt to like. They all felt no need to participate in any government-related activities. From these interviews, there seems to be a trend in Moroccans rejecting political citizenship and ascribing to a more cultural, civil conceptualization of it. When asked what it means to be a good Moroccan, every person talked about making the country better in whatever way they could. For example, Zakia volunteers with orphans, while my host mom accepts American students to help improve the West’s perception of Morocco. Overall, the main difference between Moroccan citizenship and Tunisian citizenship is that Tunisians view citizenship politically, while Moroccans view it through civic actions.