A Conversation with Daniel Drezner

A Conversation with Daniel Drezner 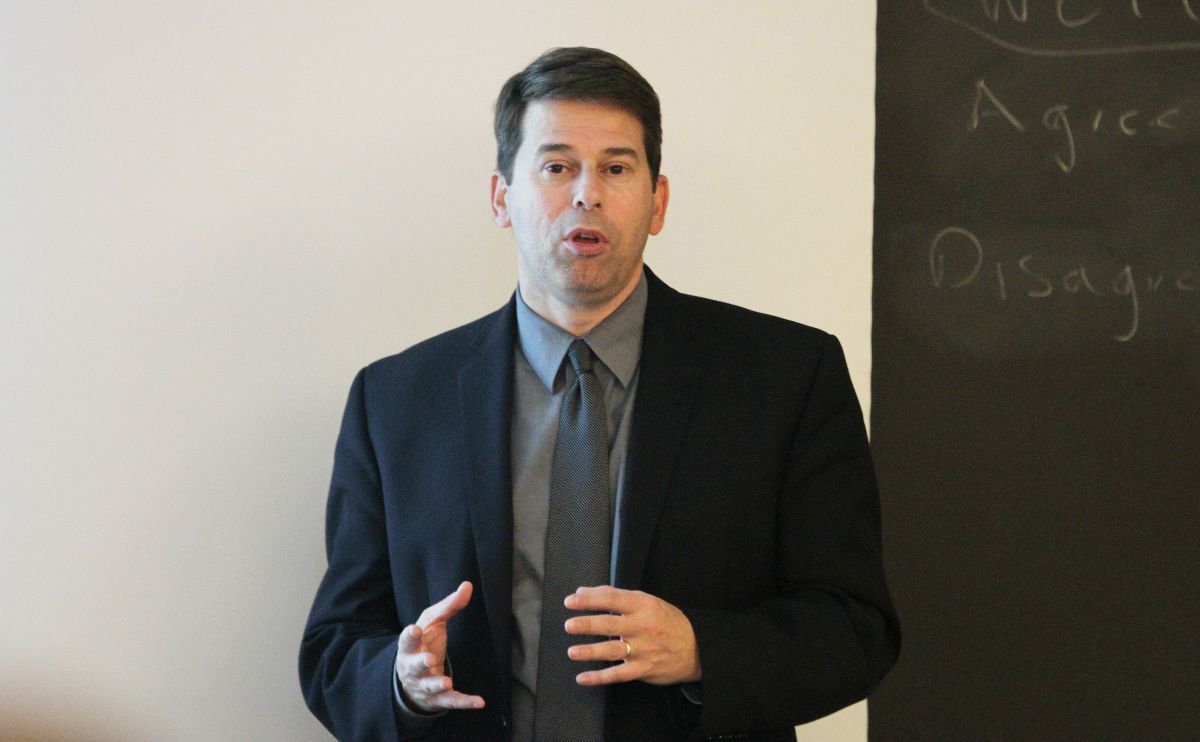 Photo by Thanh-Ha Nguyen | The Chronicle

What can “Game of Thrones” teach us about politics? Quite a lot, said Daniel Drezner, professor of international politics at the Fletcher School of Law and Diplomacy at Tufts University.

Drezner highlighted how “Game of Thrones” can be an excellent source for thoughtful political discussion and analysis while speaking at the Sanford School of Public Policy Tuesday night. The Duke chapter of the Alexander Hamilton Society arranged the lecture, which was entitled “International Relations in Game of Thrones: An Analysis of the Hit Television Show’s Relation to our World’s Politics.”

Drezner noted that the first season of “Game of Thrones” provides a basic introduction to political thought. He continued to show how events in the second and third seasons bring up issues such as the nature of power, credible commitment, weapons of mass destruction and gender politics.

“‘Game of Thrones’ is like majoring in political science,” Drezner said.

Where other mainstream political dramas like “The West Wing,” “House of Cards” and “Scandal” can be too similar to reality or too focused on idealism, Drezner argued that genre television is one of the best places to see politics discussed in a meaningful way.

“It’s easier to talk about politics [in genre television],” Drezner said. “When you talk about real politics, people get uncomfortable.”

Drezner linked political theory to mainstream television in his book, “Theories of International Politics and Zombies.” In the book, Drezner asks how different theories of international relations would apply in the presence of zombies.

He now applies the same thought process to other genres. For example, the first three seasons of “Game of Thrones” have provided plenty of opportunities for political analysis, he said.

“There are actual political ideas that resemble ideas of the 21st century,” Drezner said in reference to the third season’s plot.

Drezner cited the Wildlings—a tribe of nomadic people in the series—as a manifestation of libertarian ideals in some ways because they do not have a king or believe in having a king.

Using cut scenes from the show, Drezner was able to capture pivotal moments of the series and tie them into political theory.

“I really appreciated how he related some of the dialogue, the little conversations on the nature of power,” said freshman Adam Lemon, a communications officer of AHS.

Although “Game of Thrones” draws some viewers for its sex appeal and elements of fantasy, Tuesday’s discussion emphasized the deeper themes that can be found in the show.

“I love this event because not only was it entertaining from start to finish, it also really did get into deeper issues in political science,” said senior Daniel Strunk, president of AHS.

The discussion also jumped to the real-world political dramas of today, when a student asked what lessons “Game of Thrones” could give President Barack Obama.

“Cersei Lannister is the Vladimir Putin world view,” Drezner said, referencing the current situation in Crimea. “In the short term, power does equal power. The U.S. is multiple orders of magnitude [of power] over Russia, except in perception…. You need to give the impression that the U.S. still has some agency.”

Strunk said that this was the highest-attended event hosted by the Alexander Hamilton Society this year. He added that the topic seemed to resonate with students whether they were long-time or new fans of the show, book series or both.

“Events like this really remind me why it’s so awesome to go to a place like Duke,” sophomore Stephen Yates said. “When your family sits you down to watch “Game of Thrones” over the summer and then you come back and you learn about how it applies to actual politics, it’s pretty cool.”